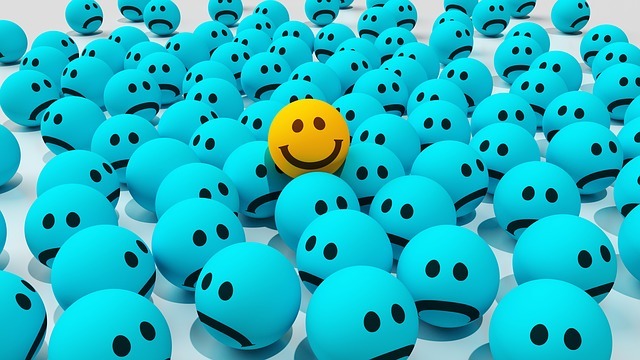 On the occasion of the launch of its Smiley range, Welcome Family looks back at t2he amazing story of this ubiquitous symbol that has been around for ages!

The crazy story of the smiley face

Almost everyone knows the face of the yellow smiley face. It is the universal symbol of happiness, the basis of all emojis, and it has always existed. However, many people still debate who invented the smiley face and who holds the rights to it.

The original smiley face - that radiant face with two oval eyes and a broad smile - has been around since the early 1960s. But some smiley faces are even older, much older. And since the 1960s, the smiley face has become a commercial object that is sold all over the world. The history of the smiley face is complex and sometimes even tense, but it's still enough to make you smile.

The independent artist Harvey Ball is behind the creation of the smiley face.

Although smiley symbols go back a long way, graphic designer Harvey Ball seems to have invented the classic version. He imagined the bright yellow circle with two oval eyes and a broad smile - in other words, the essence of the modern smiley face.

Ball created the smiley only for a commission, and neglected copyright and trademarks. He lost millions in potential revenue. However, Ball's son said he had no regrets, explaining that he had no problem: "He wasn't a guy who was looking to make money. He used to say, "Hey, I can only eat one steak at a time".

Journalist Franklin Loufrani created his own version - and he owns the copyright.

In France, a young journalist by the name of Franklin Loufrani claimed to have invented the Smiley on his own initiative, as a positive story marker in the newspaper France Soir. While this is how the symbol was initially used, Loufrani quickly expanded its use to a number of sectors.

Loufrani's first smiley face bears an uncanny resemblance to Ball's, but Loufrani insists that the symbol is too basic to really attribute his invention to a single person.

The Smiley Company is the originator of the Emojis.

The history of the emoji goes back at least to 1982, when Scott E. Fahlman sent a message to his colleagues at Carnegie Mellon. Fahlman came up with the idea of using the text to create happy and sad faces to indicate jokes and non-jokes. Later, Shigetaka Kurita developed the idea of putting small cartoon images in her company's messaging service, which were the precursors of emojis.

The reason why emojis are so popular today has a lot to do with the Loufranis and their privately owned Smiley Company. Franklin's son, Nicholas, developed 470 emoticons for smiley faces in 1999, licensing them to telephone companies.

The Smiley became an integral part of Rave culture in the 1980s.

Danny Rampling, an English DJ and promoter, was chatting with journalist Louise Gray at a club when a girl sat on Gray's lap and wiped a smile off her face. "Be happy," the girl said to him before she ran away. Rampling felt it was the perfect message for the rave movement's positivity. When he promoted Club Shoom in the late 1980s, he used the image of the smiling face, and the smiley face became the mascot of this popular venue.

From there, the smiley face spread throughout rave culture, including on clothing, posters and album covers.

The first smiley face was designed to cheer up an insurance company.

When Harvey Ball invented his smiley face, the idea didn't come out of nowhere. A local insurance company hired him in 1963 to create a work of art to boost the morale of its employees, who had gone through a series of difficult mergers.

Apparently, it took Ball only 10 minutes to create the design, and he was paid $45 for his work. The smiley face badges became a hit in Ball's hometown of Worcester, MA, and slowly began to spread to other parts of the world.

The smiley face took off with the rise of the hippie movement.

Two brothers from Philadelphia, Bernard and Murray Spain, began using the smiling face on products in the early 1970s. The symbol was a huge success when the two Spanish brothers combined it with the slogan "Have a nice day" and the peace and love movement.

Although his business partners warned Loufrani not to associate himself with hippies, he joined the trend and distributed free stickers with smiles to promote his business.

Today, Nicolas and his father, now 76 years old, still run the company together.

Although royalties vary depending on the size and scope of the business, they can be as high as 10% of the selling price of an item. Based in London, the Loufranis and some 40 employees constantly scan the market for emerging trends, then come up with smiley face concepts and present them to brands.

They work with over 300 licensees in 12 main categories, ranging from smile gums to Rubik's Cubes.

Welcome Family offers you a range of goodies with the famous Smiley! To offer a warm welcome in your establishment, whether it is a hotel, a café or a restaurant.

From the game of patience Smiley, to the puzzle, through the keychain, something to delight young and old!

No comments at this moment